Hello, my name is Jon Overton. 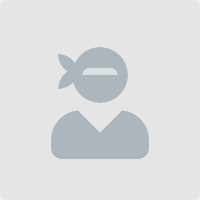 A little bit about me.  I have been playing and running DnD games since the very beginnings of the game (yes I'm that old)  As a natural byproduct of that, I began collecting and painting miniatures initially to a barely acceptable tabletop standard with crappy paints. Which at the time was good enough. For years, I would buy a few minis at a time, paint them and use them in games.

A while later, mostly through multiple kickstarters, I had amassed an army of hundreds of miniatures and I began to get more serious about my results and materials. I have since won a several medals and awards at various Cons including ReaperCon and Wonderfest.

In the forums and most other gaming related places I go by the name "Lord Dave" or some variation of that. This is more a sarcastic title than a statement of nobility, but that is a whole other story.

I started teaching in 2014 after winning a speed painting contest at CONglomeration in my hometown of Louisville Ky and was asked to share some of the techniques I used on that piece.  After teaching that first class, I learned how much I enjoyed sharing ideas with fellow gamers and artists. I started to learn as much as I could from any source I could find, not only to become a better painter, but also to be able to share even more with others. As I have said in many of my classes, I am OK at a great number of things.

I have taught many classes at Cons, Festivals, Fund raisers, FLGS, and local art centers and enjoy that very much.  Im looking forward to meeting new folks, saying hello to old friends, and working together to learning new stuff.  Feel free to reach out to me with questions.